What’s the essential skill of a cartoonist? Drawing ability? Humor? A deep well of childhood trauma?

I’d say it’s an eye for simplification, capturing the essence of an idea.

For example, let’s say we want to understand Ed O’Neill: 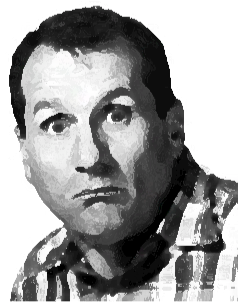 While the technical skill is impressive, does it really capture the essence of the man? Look at his eyes in particular. 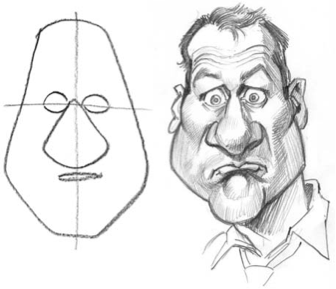 So, who really “gets it”? It seems the technical artist worries more about the shading of his eyes than the message they contain.

Think about the first numbers, the tally system:

Those are… drawings! Cartoons! Caricatures of an idea!

They capture the essence of “existing” or “having something” without the specifics of what it represents.

Og the Cavemen Accountant might have tried drawing individual stick figures, buffalos, trees, and so on. Eventually he might realize a shortcut: draw a line and call it a buffalo. This captures the essence of “something is there” and our imaginations do the rest.

Math is an ongoing process of simplifying ideas to their cartoon essence. Even the beloved equals sign (=) started as a drawing of two identical lines, and now we can write “3 + 5 = 8” instead of “three plus five is equal to eight”. Much better, right?

So let’s be cartoonists, seeing an idea — really capturing it — without getting trapped in technical mimicry. Perfect reproductions come in after we’ve seen the essence.

Ok. Pick your favorite number. Now, multiply it by a random number. What happens?

Hrm. It seems multiplication is more likely to reduce a number. Maybe we should teach kids “Multiplication generally reduces the original number.” It’ll save them from making mistakes later.

No! It’s a technically correct and real-life-ily horrible way to teach, and will confuse them more. If the technically correct behavior of multiplication is misleading, can you imagine what happens when we study the formal definitions of more advanced math?

As George Box wrote, “All models are wrong, but some are useful.”

I wrap my head around math concepts by reducing them to their simplified essence:

Avoid the trap of the guilty expert, pushed to describe every detail with photorealism. Be the cartoonist who seeks the exaggerated, oversimplified, and yet accurate truth of the idea.